A word from the Director-General

“They’d have to pay me to live here.”

A WORD FROM THE GENERAL DIRECTOR

Houses nobody lives in. Shops nobody needs. Streets where people don’t interact but avoid one another. These things are typical of social exclusion zones – but also of some of the world’s most beautiful towns listed as UNESCO national heritage sites.

I first noticed these similarities last summer on the streets of Český Krumlov and I was struck with the idea of taking inspiration from social exclusion zones to help cities struggling with the problem of tourism on a massive scale. That’s why in 2018 I founded UNES-CO, a company aiming to call attention to the plight of many cities when they become UNESCO cultural heritage sites.

Our company is the first in the world to have noted that what’s most valuable in a city is its normal, everyday life – and that’s why we’re going to pay local residents in tourist centers for living that life.

I believe that our approach will open the eyes of both city leaders and UNESCO directors and become a symbolic gesture in honor of all those who are unable, due to hordes of tourists, to go to their post office at noon. 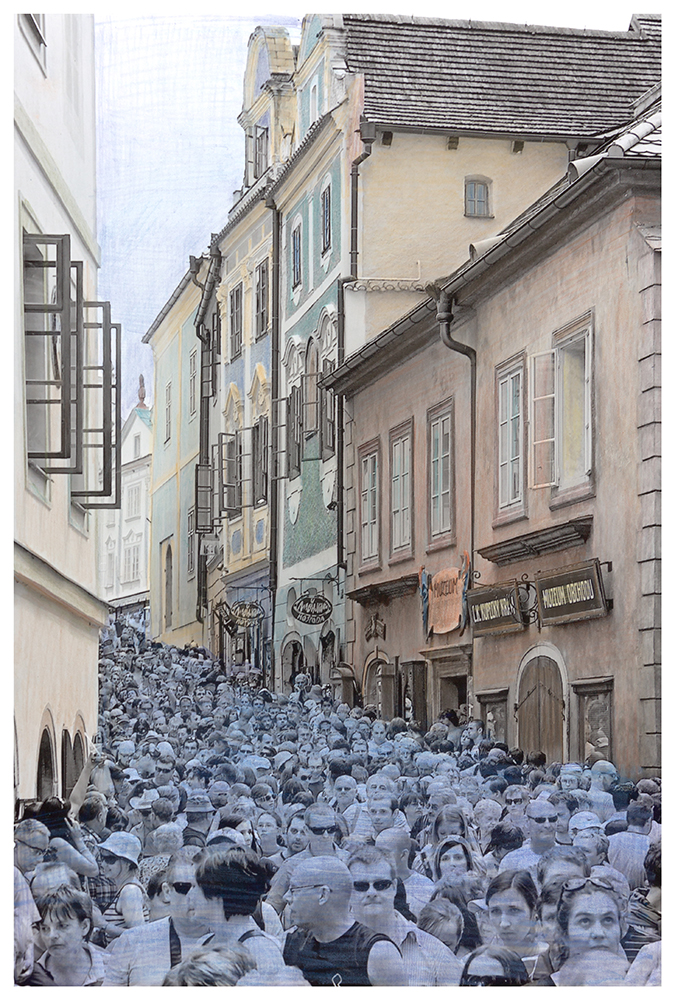