At the end of our time in Krumlov, we were asked to write some kind of summary of our experience. I was thinking about what to write and how to capture everything, but it isn’t easy. This is probably the third – and hopefully, final – draft :o)

The house we were staying in has seen a lot in its time, as have the flats in it, but it was all very pretty. Divided up in different ways, with lots of different hiding places that the kids loved. One large room had been divided into two, but if it had been left in its original size – now that would have been something! There were beautiful arched ceilings everywhere. I wonder whether the family that came after us has found the message we left. 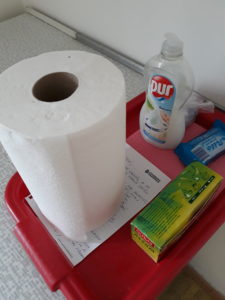 In the beginning, I felt like everybody was trying to convince us that downtown Krumlov was an impossible place to live. I didn’t hear anything nice or positive…

Personally, I can say that life in Krumlov is possible and that people do live there. And not just outside the center. I saw mothers with baby carriages, things drying in the windows, blankets being aired from the windows, flowers in the windows… normal life. But only away from the main tourist streets. Why air your blankets over a street filled with people and delivery trucks driving like they’re at the races? Would I want my underwear to decorate tourists’ photographs? No… 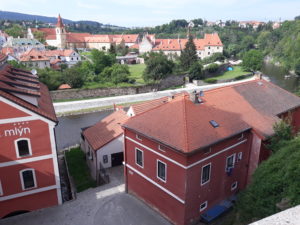 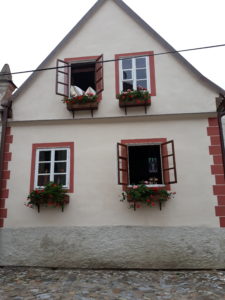 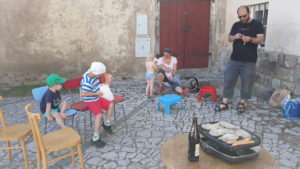 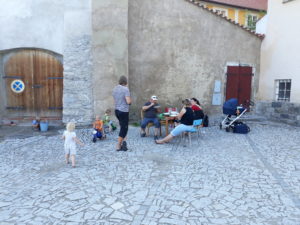 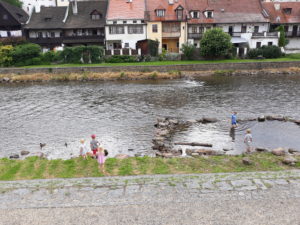 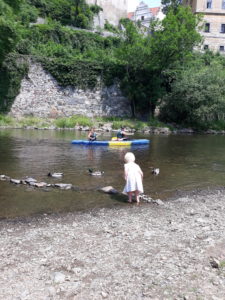 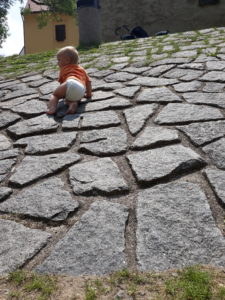 Krumlov has several beautiful hidden corners even in the center, though away from the main tourist routes – you just have to find them. The town could use more playgrounds and more places to go swimming, but all the things we found during our short stay were great. Engaging in normal life with children’s games is quite a challenge when you’re surrounded by tourists (more than one was hit by our balls) and in a place that isn’t falt (Latrán and the square)! 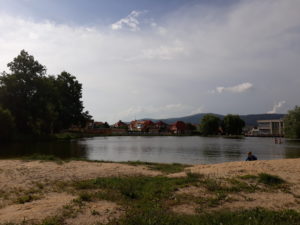 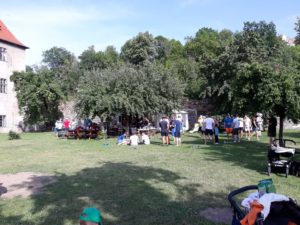 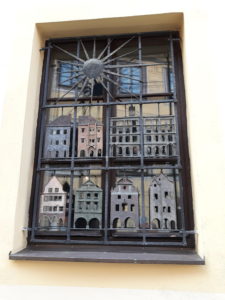 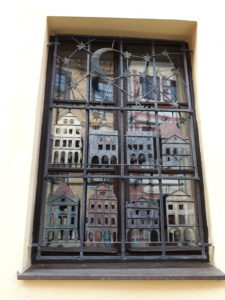 In my view, there are three downsides to living in the center: 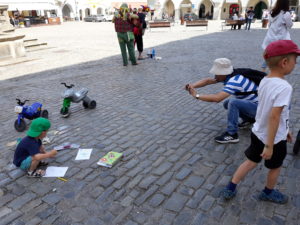 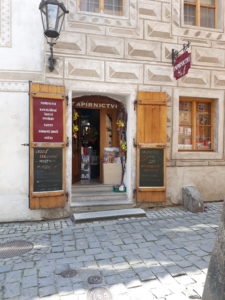 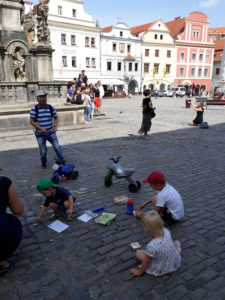 I am glad that I could be in Krumlov and get to know it a little. I am glad that the people who verbally assaulted us in the beginning ended up being just fine, friendly even. They just needed some time. Whatever happens – no matter whether the project fizzles out or gets heaped with praise – I am glad that I was a part of it :o)

We’ll close out our stay in Krumlov with a popular local animal. 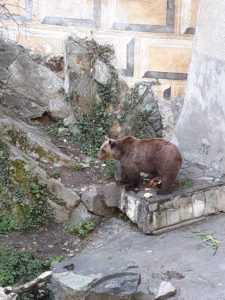