My involvement in the UNES-CO project has forced me to think a bit more about the current situation in Czech Krumlov.I’ve been looking for reasons why the number of Krumlov residents is dwindling.Why should people come back to the town centre to overpriced rents?So they can’t sleep at night, can’t open the windows during the day, because they wouldn’t be able to hear themselves speak above the crowds of tourists and their clattering sutcases. Not long ago a lady wrote on social networks that she is glad there are tourists in Krumlov, because all of us residents in ČK live off them and she declared that we have a lot of possibilities to try out what life is like in other normal towns and that that is the beauty of freedom! I strongly disagree with that. I don’t understand how somebody can even write such a thing.I do not want to move. I’m probably doing something wrong by not living from the tourists, but I have to earn my living with my hands.My brother, who lives in Krumlov, is a state policeman, my sister-in-law a teacher, and they do not need tourists, let alone live off them.A frequent argument is: “What would we all do if we did not have them here?”Probably the same as in other towns.But I a understand that tourism is gold mine for some sort of people.The common denominator is the fact that there is no money in our “rich” town. I would like to summarize my overall impression under individual points. I’m glad to have thisopportunity to shout out the following to the world:

SLOW TOWN HALL – It is clear to me that not everything can be done at the drop of a hat, but there have to be people in the town hall who not only live in Krumlov, but live Krumlov,which is often not the case.I can give specific examples, e.g. Mrs. Kuchtová – works and lives near Prague, Mrs. Zikmundová – lives in Kájov, works in Linz, decides about life in Krumlov and lists “former Deputy-Mayor“ as her current employment on the list of candidates“.Isn’t it a paradox? In my opinion, these candidates are unelectable in the October election.

THERE’S A MESS WHEREVER YOU LOOK:

PEDESTRIAN ZONE – it’s not a pedestrian zone as 1500 cars go through it daily.I’m for the installing of smart posts at the entrance to the pedestrian zone. Then there will be no need to step up patrols by the Municipal Police, if they don’t have to worry about unwanted cars in thepedestrian zone. At present motorists drive into the Latrán one-way street and the local taxi drivers and the Shuttle zoom too fast through the pedestrian zone. As long as there is no physical obstacle at the four points of entry into the centre,tourists will even follow the Sat Nav under the Cloak Bridge, which happens repeatedly. I believe that this measure would make life easier for people in the centre. I take it for granted that house owners would be able to drive into the town 24 hours a day and delivieries would be till 10:00 which is the set time – God knows why it is not respected in Krumlov.It is necessary for the renowned specialists in the relevant ČK department to think about how to ensure thatrepairmen, relatives with children, pensioners, visitors,handicapped people etc., who are going to visit town centre residents, can be able to drive into the centre to visit residents free of charge.The debate about the placing of smart posts didn’t get past the council due to a petition by the B+B owners in Rybářská Street, who wanted the position of the posts to be moved from the Seidel Museum to the Beneš Bridge.How can the town hall consider such a matter and take half a year to think about it?After all there is a school here, not to mention the fact that cars would be turning round in front of the Beneš Bridge?!?

VISITORS IN THE CENTRE – it is practically unbearable. Please God, no more B+Bs.According to current building legislation newly built accommodation has to have its own parking facilities. Has the former Savings Bank got it or are they building it under the guise of a “bus station?“ 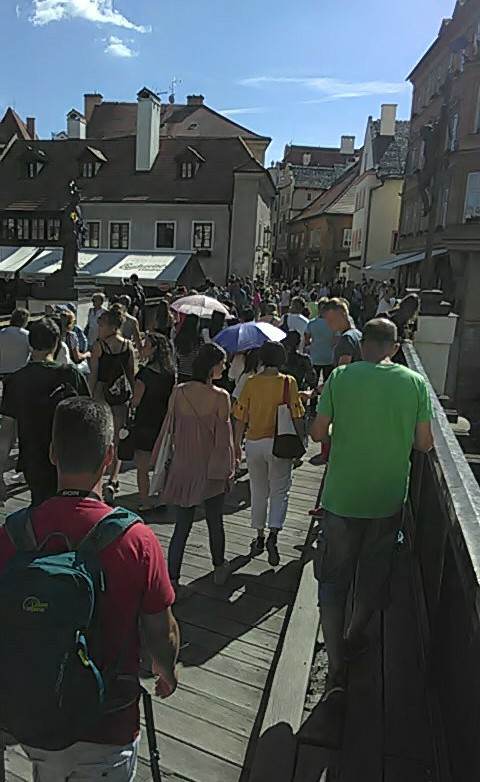 BUS STATION – why don’t they relieve the town by e.g. building underground garages under the currently being reconstructed bus station?

SWIMMING POOL – every dump manages it, it’s only an unimaginable problem here.It could be argued that people could go to Větřní, a town that is only 4 km away, as there is a perfectly adequate swimming area there. There are several possibilities, the most undesirable of which is to go by car or you could tak public transport or go on foot along the right bank of the river.Thanks to the redevelopment of the “Colourful Rocks“ this yearthe possibility of going there on foot this season is passé. Our Town Hall has paid for a further analysis to find out that there are 4 possibilities. The cheapest option would be the reconstruction and modernization ofthe existing indoor pool which would cost 111 million crowns, the most expensive option would be the demolition of the existing building and the building of a new complex for around 370 million crowns.

WINTER STADIUM – no cladding in sight, no company applied for the tender. There probably aren’t any people.

SUMMER CINEMA – reconstruct or demolish – or let it fall apart?

CONTRIBUTIONS FROM THE TOWN BUDGET – for the IMF (INTERNATIONAL MUSIC FESTIVAL) – 2 million crowns, ČKTV (ČESKÝ KRUMLOV TELEVISION) – 500 thousand crowns – why have sponsors not been found over the 27 years the festival has been staged to pay for it all themselves? According to my calculations every Krumlov resident pays 150,-CZK a year for the festival and doesn’t attend it.It’s the same with the TV.

CHILDREN’S PLAYGROUND ON THE HOUSING ESTATES – for example Špičák Housing Estate has a totally inadequate playgroundwhereas the “exclusive“ playground by Plešivec Primary School that the Mayor spoke of on CKTV is open at an unsuitable time (15:30 – 17, 18, 20), and there are attractions there that don’t work etc.

MAINTENANCE OF PUBLIC AREAS AND PUBLIC GREEN SPACE – you could eat off the pavement in the centre, but the Plešivec Steps are unlucky to be around 20 metres outwith the town centre,therefore they are in the state they are in (it’s enough if boorish canoeists can get up and down them). Grass cutting on the housing estates is pathetic.As the classic saying goes: “Everything for the tourists, nothing for the locals.“

VYŠNÝ BARRACKS– unused for decades and a study for 20 – 50 lyears. What´s the hitch? Thin ice.

VYŠEHRAD HOTEL– to be on the safe side noone is dealing with it.

CEMETERY – the cemetery is in an undignified state, broken pavements, the ceremonial hall is obsolete, the cemetery walls are crumbling, the adjacent property needs reconstructing. Where else if not here?

INSTALLATION OF BENCHES – more attention is paid to the periphery, for example there is a great little park inNemocniční Street, but it´s dismal, the space encourages so many activities, but the tourists don´t come here, so nothing will be installed here(bins, benches, let alone facilities for games).Let´s go to the Jelenka Meadow.I’m not saying that there has to be something everywhere,but there are the remains of a volleyball court right here, what about fixing it up?!?